Brace yourselves. This be a long post.  J, the official photographer of our rag tag family, selected a few images out of the hundreds he shot looking out the window of the Empire Builder. I will comment wherever possible, but sometimes I won’t know where it is. And right now the photographer is sleeping so asking him is out.

Before we begin however, I just wanted to say that although I liked the idea of the train, of spending two days and two nights traveling across country, I also had a massive case of trepidation. This is in no way a boast, in fact, I think it might be a little obsessive on my part, but the idea of not having doing any form of exercise except for walking to the dining car made me very nervous. My running is inextricably tied into my sense of well being- it makes me feel good about myself (inside and out), it rounds off the aggressive edge of my personality as well as gives me a small sense of accomplishment as well as motivation to persist in other endeavours. A day that is started out with a run has a better chance of being a productive day than one that does not.

As well, I would have no control over the food I would be served. My sister-in-law warned us that the meals on the train were huge and rich. The combination of not exercising and eating fatty, american-sized portioned restaurant food woke the lightly slumbering but ever present fear of gaining weight. It’s stupid, I know. I have better things to worry about it, I know. But it is what it is. I have one of the bodies that if I look at food wrong I gain weight. And as I am sure has been chronicled by other people suffering from the burden of getting older, it gets worse with age.

It turns out, however, that my fears were misplaced. Instead of indulging in my neurotic, self-centred anxieties about lack of exercise and weight gain, I should have been worried about whether the train would actually make it through the flooded areas of the northern states.

Here is the Empire Builder‘s route:

This is a map of where the flooding occurred in the last two weeks of June:

Of course, none of us thought about the fact that we would be crossing North Dakota. When we were boarding the train, the conductor (or sleeping car attendant?) told us we were extremely lucky as the route had just opened back up a couple of days before after having been closed for weeks. We would have had to get off the train and taken a bus, the idea of which sends shivers down my delicate spine.

But anyhoo. I am glad to say that I adapted well to just sitting there. I finished two books. Ate huge meals and was even hungry when it came time for more. Miracles of miracles, I even dozed during the day! And, of course, as witnessed below, there was a lot of looking out the window. 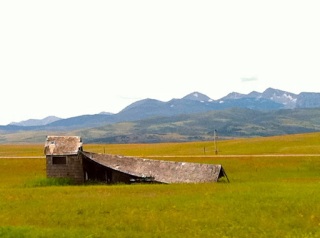 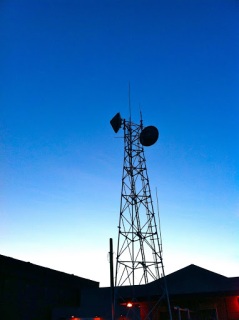 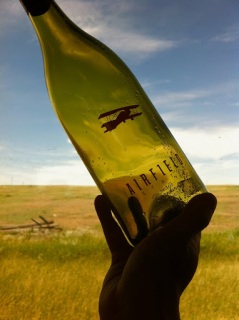 Ahhh. This last photo deserves a little more than a caption. On the first full day of our cross-country journey on the Empire Builder, we had the option to sign up for a wine tasting. If I’m not mistaken, the wines were all from Washington state. This is J getting artsy with the empties. 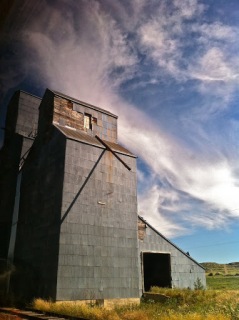 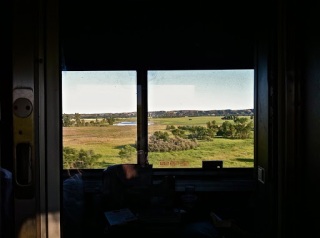 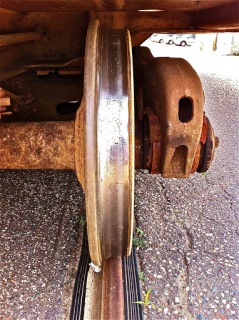 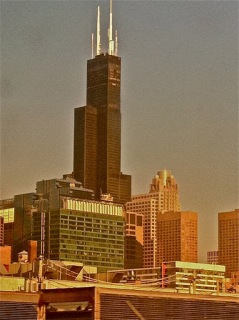 Chicago! We arrived about four hours later than we were supposed to, due to a few delays and the need to go extra slow in the flooded zones. But we arrived. Now time to slog our bags to Michigan Ave where two hotel rooms awaited us.